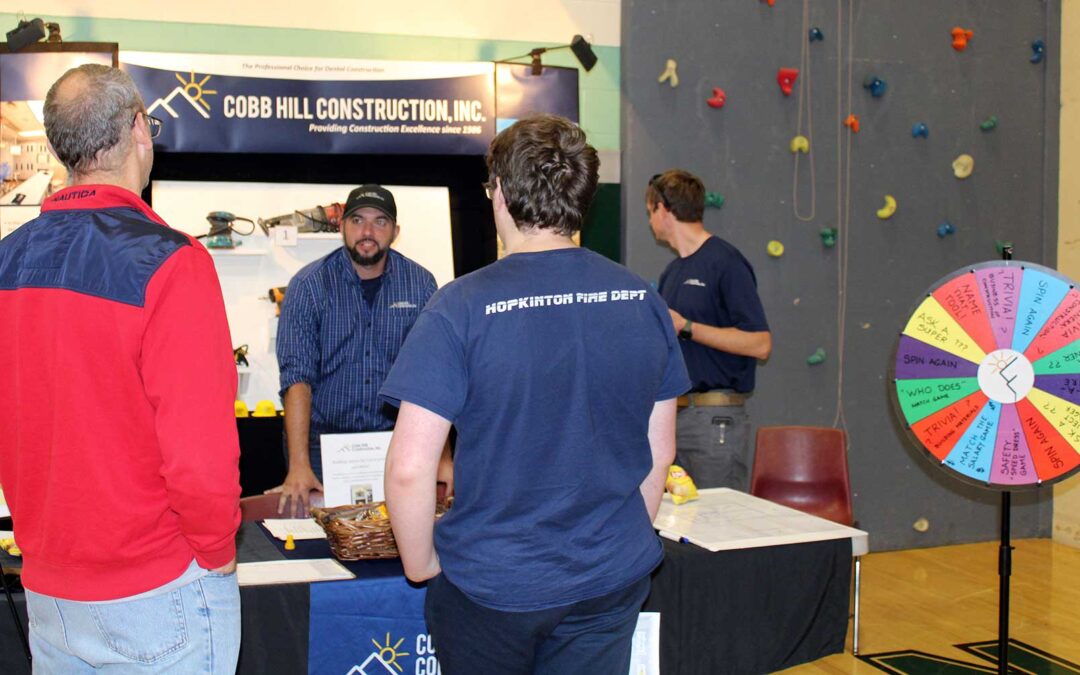 This fall I Build NH partnered with the Hopkinton school district, local business owner Chris Wardell, and Associated Builders and Contractors NH/VT (ABC NH/VT) to offer a construction focused career fair for students from Hopkinton, Concord, Bow, Merrimack Valley, Kearsarge, John Stark, Hillsboro-Derring. There were 16 companies at the event, all eager to speak with students who will be graduating within the next few years.

The career fair is an example of how the ‘I Build NH’ brand provides opportunities to get industry, education and community partners in the same space working together to promote careers in construction. “The construction industry has been given a bad rap over the years and we’re trying to break the stigma and stereotypes,” says Jennifer Landon, V.P. of Education and Workforce Development with ABC NH/VT.

The Hopkinton Building Careers event is an example of connecting stakeholders and taking a career fair to the next level. “Students and families participated in hands-on activities, learned about career paths and the skills and training needed to enter this essential industry,” says Landon. “Our hope is to spark their interest in the rewarding and lucrative careers available in the building trades.”

With a projected shortage of 1.9 million craft professionals through 2025, there is a tremendous demand for skills – and a tremendous opportunity for young people looking to make a difference in the world (byf.org).

The event started as the vision of Chris Wardell, owner of Wardell Paint & Co. Wardell approached the Hopkinton school district 3 years ago with the idea of hosting a career fair that would solely focus on local construction companies.  “The event itself was continually delayed due to Covid, but it gave us plenty of time to plan,” says Wardell.

As local construction companies continue to deal with severe labor shortages, initiatives such as these are even more critical.

“We are facing a young population who seem to be less and less interested in the trades,” says Wardell.  “My belief is that the reason why many young people aren’t going into the trades isn’t because of some inherent disinterest but rather because they truly don’t understand what their opportunities are. Colleges have developed relationships with high schools in an effort to connect with students directly.  We should be replicating their approach in an attempt to ensure that students are aware of their options before they decide upon a certain career path.” 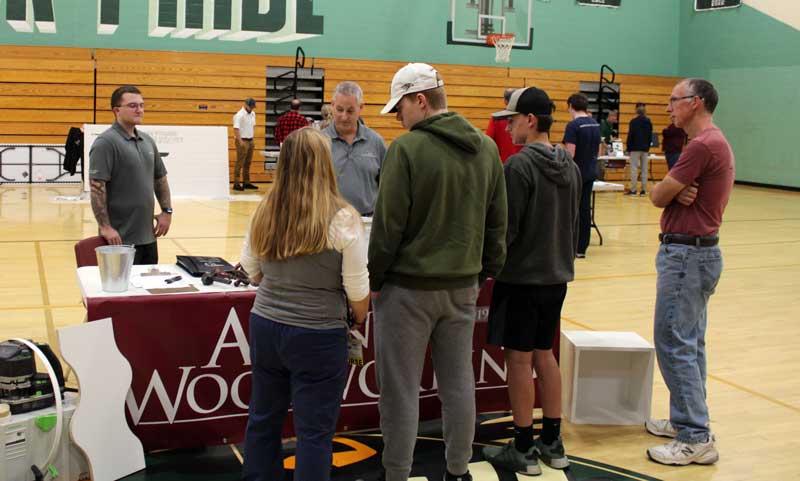